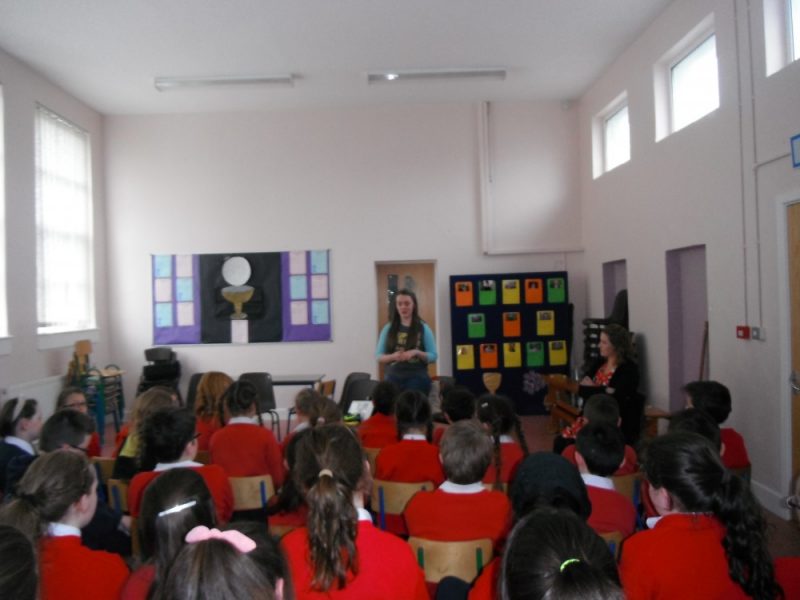 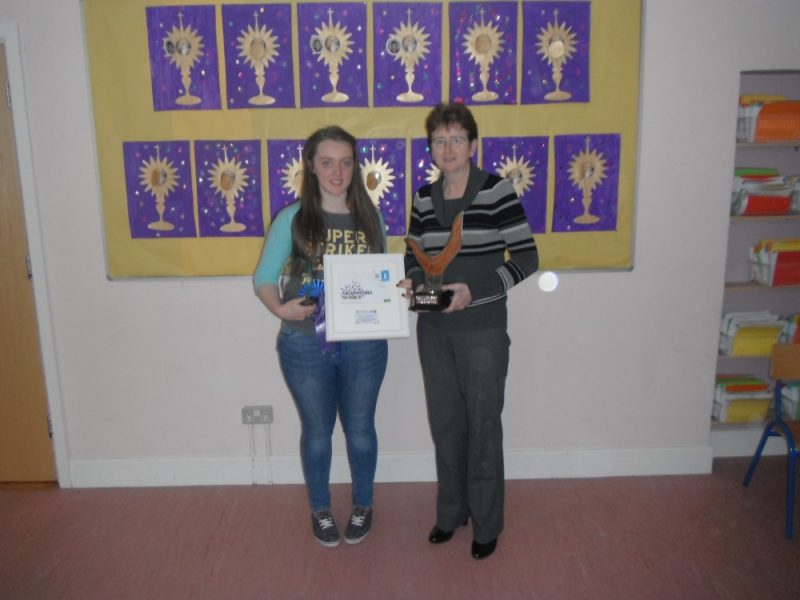 Shíofra and the Principal Bríd Connolly

We were delighted to welcome back a past pupil and BT Young Scientist Winner Shíofra Ryan.  Shíofra was asked to enter the BT Young Scientist in September and came up with the idea of the hurling boot-An Tionchar.  She developed on the idea and brought An Tionchar to the Young Scientist Awards where she was hugely successful, coming second in the Technology Category and Winning the Best Communicator Award.  Shíofra was then chosen as one of thirty to attend the BT Young Scientist Business Bootcamp in UCD.  She pitched her business plan to a panel  of judges and earned herself a scholarship to UL for three weeks in the summer.  Her success didn’t stop here as she also entered this business plan into Enterprise Ireland, coming first in the All-Ireland in April.  We wish Shíofra every success in her future ventures and would like to thank her for sharing her experiences with us all in Killeen.