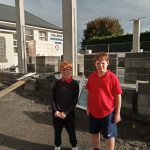 We are getting a new classroom. During the last week of September, the builders arrived and started to get ready for the foundation. Two weeks ago, they finished the foundation and put in the pillars. Last week, they poured concrete over the foundation. They recently started to build the wall around the new classroom. We had a look outside and there was a JCB and a cement mixer and a load of blocks and insulation foam. Right now, the workers are putting in the insulation under the floor. The building is looking good so far. There will be an update after or before Christmas. 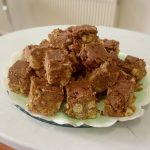 Today, we made this recipe for our Procedural Writing. We followed all the steps and made sure we had good handwriting. As we were writing it in to our hard back copy, our teacher Mrs. Dynan was making the cake at the front of the classroom. We then helped to crush the biscuits and stir the mixture. Around three hours later, we all got to eat it. It was the best chocolate biscuit cake we have ever had. 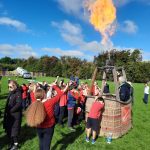 This week a hot air balloon came to our school on Thursday. The whole school went up to the field to see how a hot air balloon works. When we found out we were going inside of the balloon, we all cheered and were very excited. The juniors and seniors went in first. While we were waiting to go inside, Wendy and Dave taught us all about the basket and how the gas works. Lots of people were queuing up to get into basket and ask Dave and Wendy questions. When 5th and 6th class went into the hot air balloon, Joe taught us all about it and how it goes up into the sky. A big thanks to everybody for the wonderful day! Here are some pictures of our fun day! 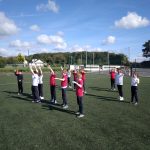 This week we have been very busy here in 2nd class. We had dance with Lisa on Tuesday and had great fun. This week we also made paper aeroplanes as part of our science and tested them outside. We also had great fun doing maths with the ISAK9. We are really enjoying our time in 2nd class with Mrs. Parsons! 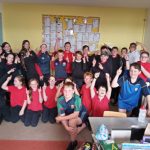 Here are the European Countries and their Capitals: